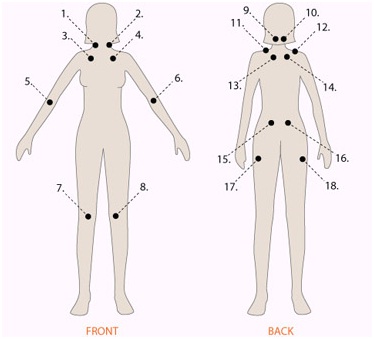 Fibromyalgia is a medical condition affecting the muscles and soft tissues. Symptoms of this condition include widespread muscle and joint pain, fatigue, sleep problems, anxiety, and depression. Fibromyalgia affects more than 12 million Americans and women ages 25 to 60 are ten times more likely to be affected by the disease than men. Cognitive dysfunction caused by fibromyalgia affects both short and long-term memory as well as the speed of performance and the ability to multitask.

Robin McKenzie, OBE, a physical therapist from New Zealand, developed his theory in the 1950’s. In 1981, he further elaborated using a concept called Mechanical Diagnosis and Therapy (MDT), which helps to relieve back, neck, and extremity pain. The McKenzie Method of MDT promotes non-invasive treatment using the body’s potential to repair itself.

Research has found that when people with fibromyalgia received massages, they experienced less pain, stiffness, and fatigue. Massage improves joint mobility and health, and many of the sleep related issues associated with fibromyalgia have been known to either decrease or disappear because of the McKenzie Method of MDT.

A trained physical therapist will go through an extensive assessment of your symptoms as well as your mobility, especially with fibromyalgia as it affects the muscles and joints. A major part of the McKenzie Method of MDT is analyzing repeated movements. Following an analysis and diagnosis, the physical therapist will prescribe the proper exercise treatment for both in-office and at-home sessions.